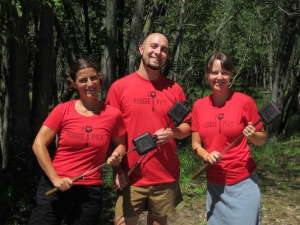 Liv Svanoe would rather be cooking. She started making pudgie pies as a young Girl Scout and it was love at first taste. She has been honing her skills of pudgery ever since. A devoted pudgie pioneer, she won’t rest until happy campers everywhere have discovered the joy of pudgery. She loves to camp, kayak, and create new and exciting campfire cuisine.

Carrie Simon would rather be camping. She sleeps in a tent as often as she can and it’s never enough. At home, she grows vegetables and turns them into creative culinary concoctions. Self-proclaimed foodie and burgeoning locavore, there’s no place she’d rather be cooking than in the great outdoors. These two loves collide in the pudgie pie!

Jared Pierce would rather be eating. He gets hungry traversing the Wisconsin wilderness and nothing satisfies him more than a piping hot pudgie straight off the press. He comes from a long line of avid outdoorsmen and eating enthusiasts, and has spent years perfecting his campfire cooking expertise.

2 thoughts on “About Us” 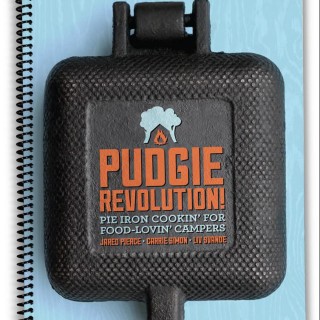